​Find things to do in Grand Rapids, Michigan with this constantly updated events list. This list isn't catered to any group of people. Whether you're looking for something to do with the family, indoors or outdoors, nightlife and so on, I'll try to find it all and give it to you in one, easy to use, list. *Let me know if there's an event missing or one you'd like added.*
All November Events
Grand Rapids Articles
More GR Articles
​
Learn more about Grand Rapids, Michigan
Grand Rapids (GR) is the 2nd largest city in Michigan located on the west side of the state. The Grand River runs through the city and has much to do with the cities' culture and economics. GR is one of the fasting growing cities in the Midwest and the fastest growing city in Michigan. It was well know as "Furniture City" when it produced a large amount of furniture for the United States. Nowadays, GR is still known for furniture but also known for the craft beer and art scene, manufacturing, health care and information technology.

Grand Rapids was home to former president, Gerald R. Ford which is why the Gerald R. Ford Freeway, Gerald R. Ford Presidential Museum and the Gerald R. Ford International Airport is named after him. You will also find two other prominent names throughout the city, DeVos and Van Andel. Back in 1959, Rich DeVos and Jay Van Andel founded one of the biggest family owned companies today, Amway. The success of Amway led to their investments in the city of Grand Rapids. To name a few of their families contributions: Van Andel Arena, DeVos Performance Hall, Van Andel Institute, Helen DeVos Childrens Hospital, etc.

Grand Rapids is also home to a few prominent farm league sports teams: Grand Rapids Griffins, Grand Rapids Gold, West Michigan Whitecaps and the Grand Rapids Football Club. Each one of these teams has had top professional talents come through their organizations and continue to entertainment to the city.

Year round, there are shows and events going on at the countless venues in GR. Some of the top venues are as follows: Van Andel Arena, GLC Live, The Intersection, DeVos Performance Hall, The BOB, DeVos Place, Studio Park, Downtown Market and more... To add to these venues is the downtown bar scene. Grand Rapids is sometimes referred as "Beer City USA" because of the 80+ breweries it contains. On top of that, there are distilleries, wineries, classic bars and many more places to visit for a drink.

GR has been immersed in its art scene since 1959 when Alexander Calder introduced the art sculpture, La Grande Vitesse, to the city. The area surrounding is now called the Calder Plaza which holds many events throughout the year including Festival of the Arts which is a large art festival built around the sculpture. Throughout the city, you will find art instillations, murals, and more that show how much the city loves art. Since 2009, one of the biggest art competitions in the world takes place in various GR locations. The competition and social event is called ArtPrize which was another DeVos family contribution to the city. Since its beginning, the competition has dished out over $4.6 million in awards and raised the tourism within the city by un-countable numbers.

As Grand Rapids continues to grow, we see new forms of entertainment, education, employment come to town but with every city that grows comes a bit more of the negatives such as crime, congestion and limited resources. For now, GR doesn't seem to have these problems at a high scale which is one of the reasons people want to come to this city. 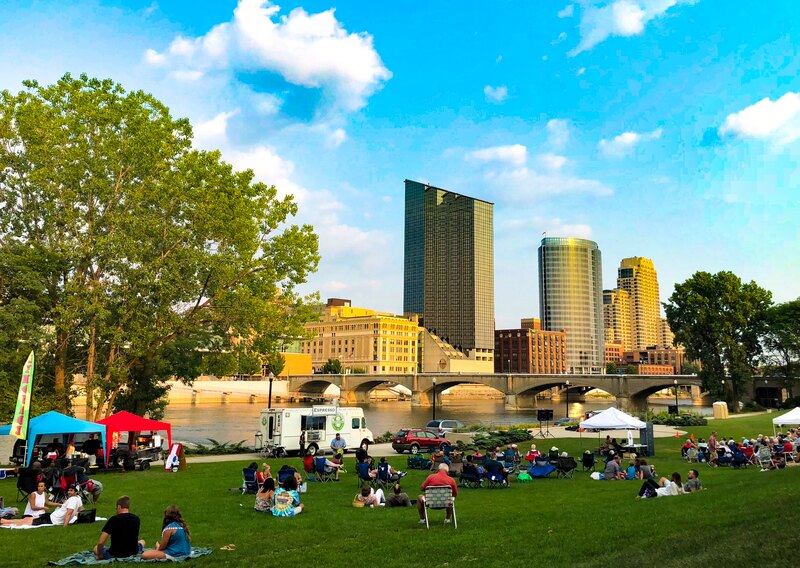 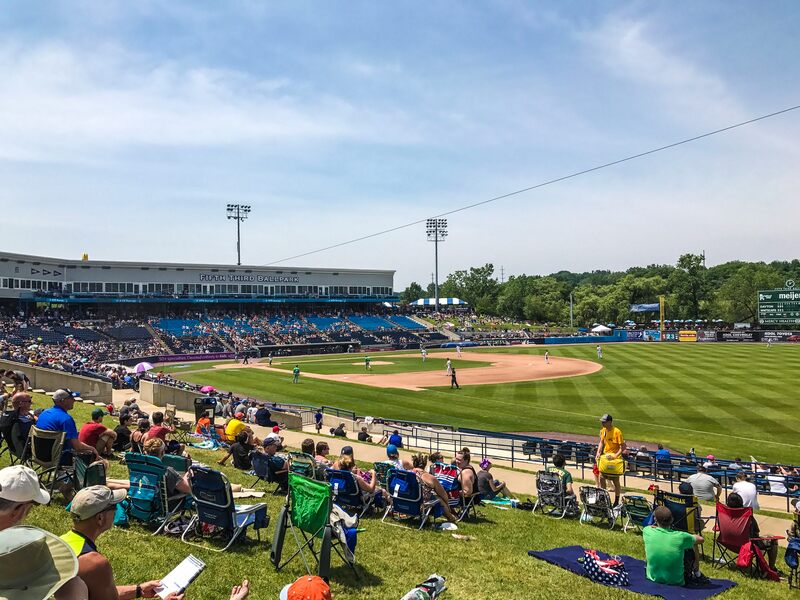 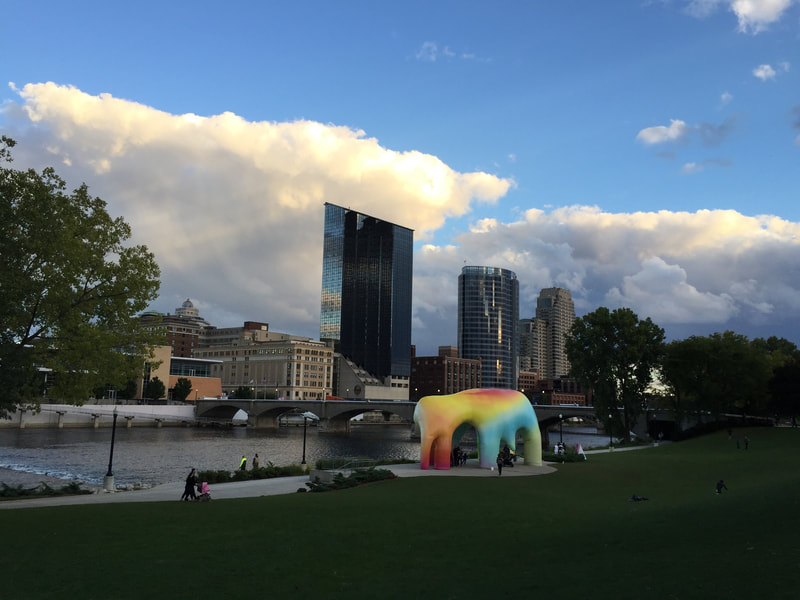 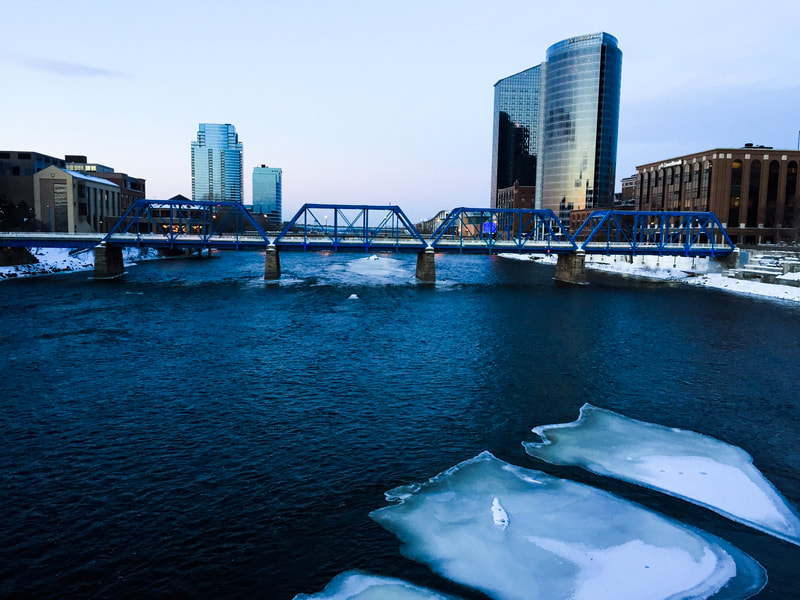 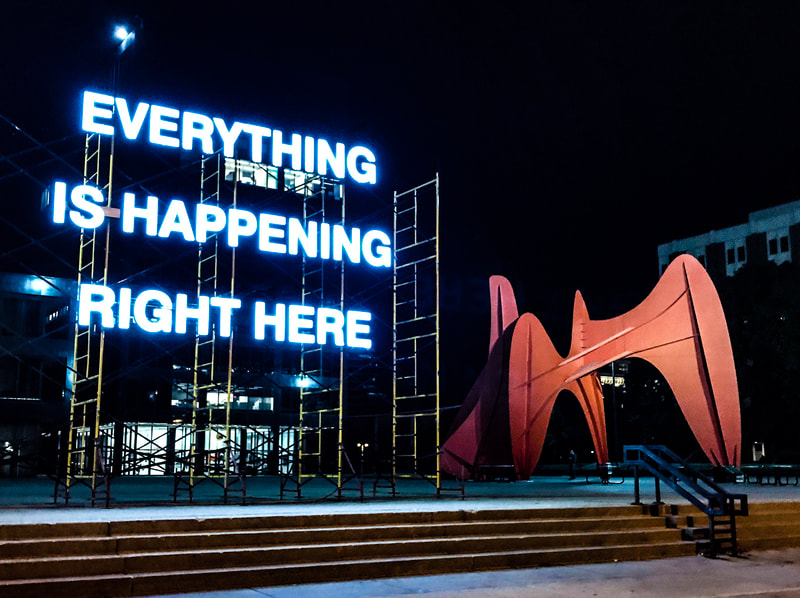 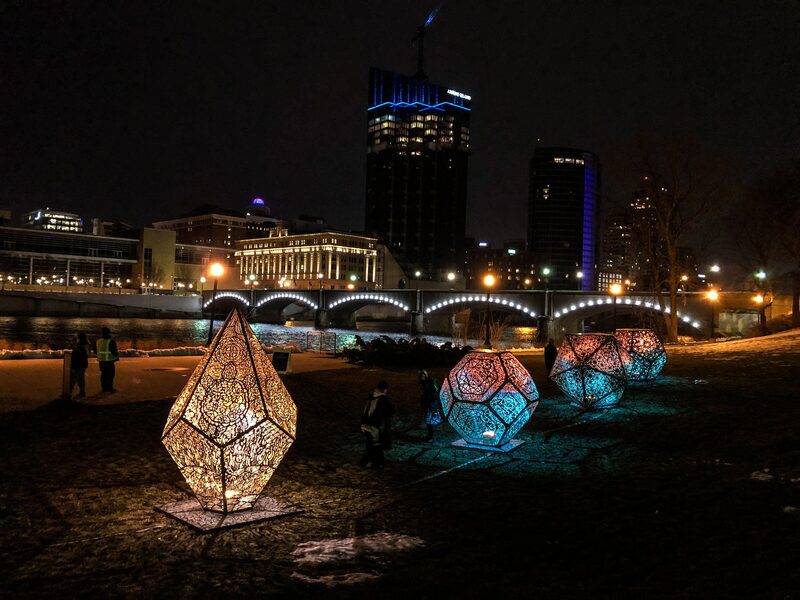 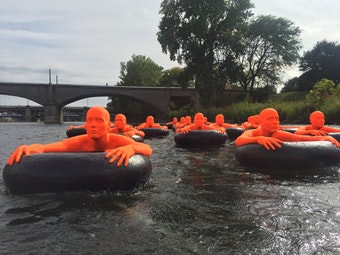 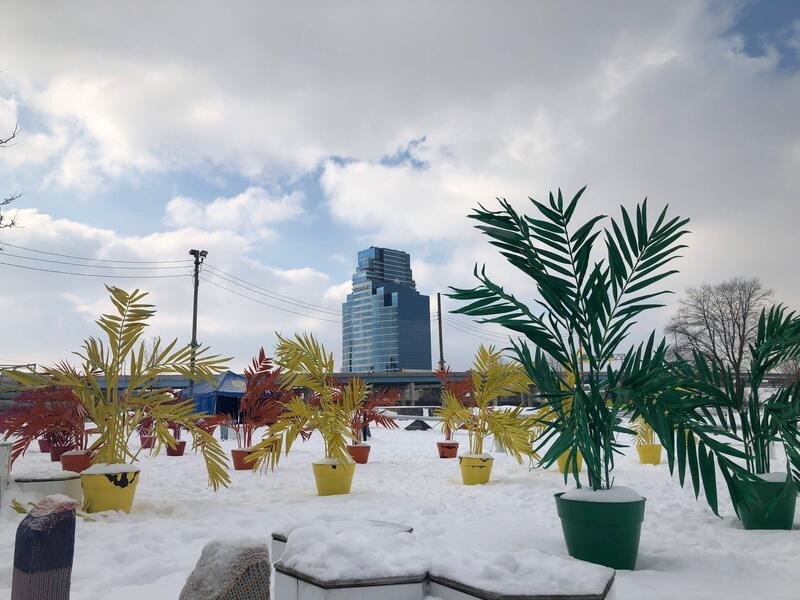 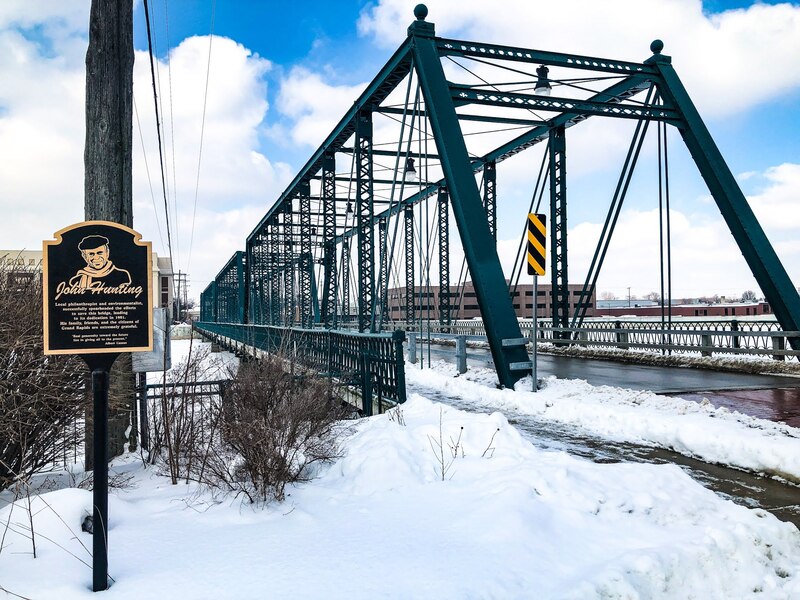 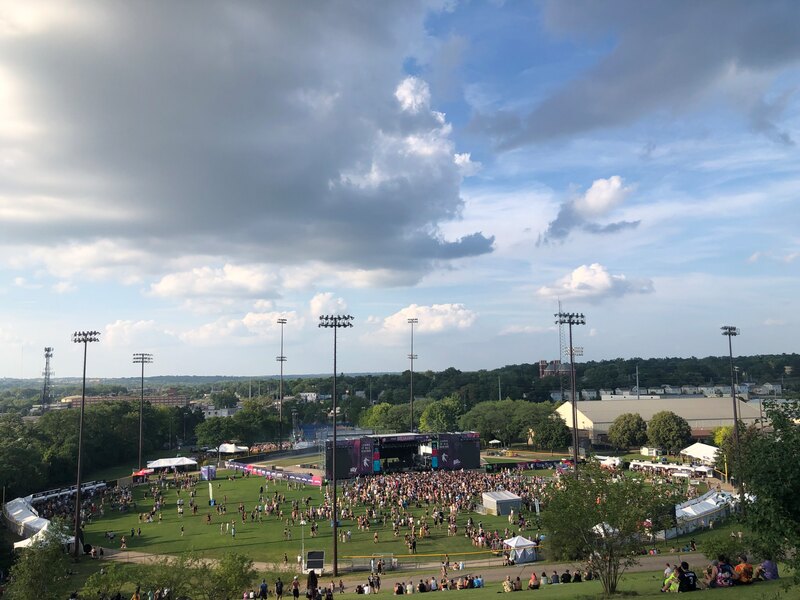 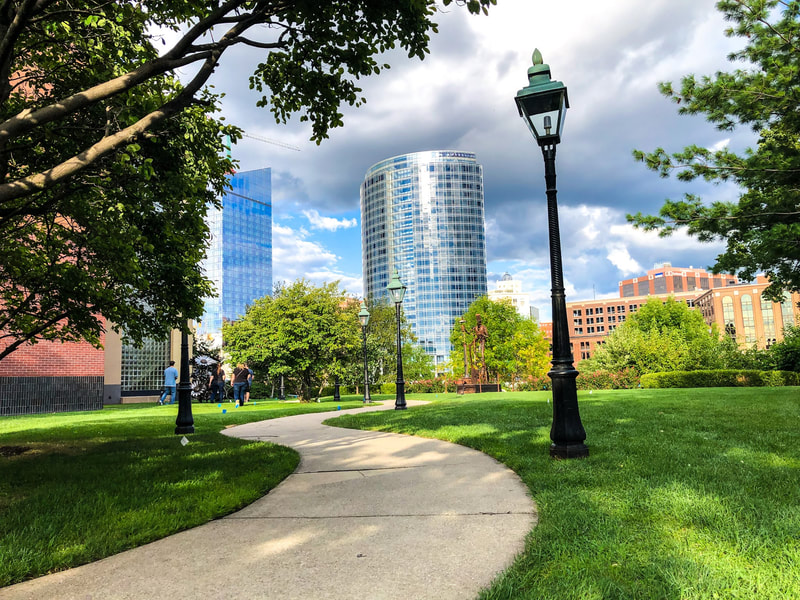 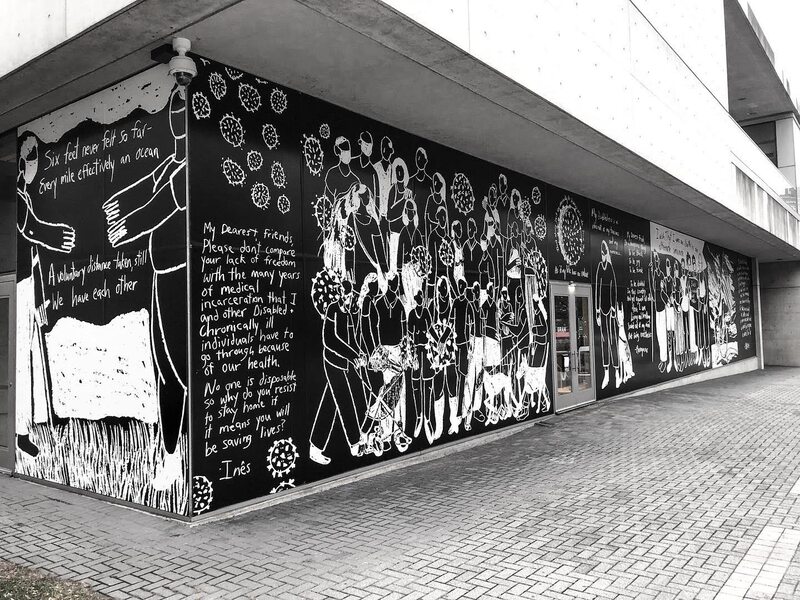 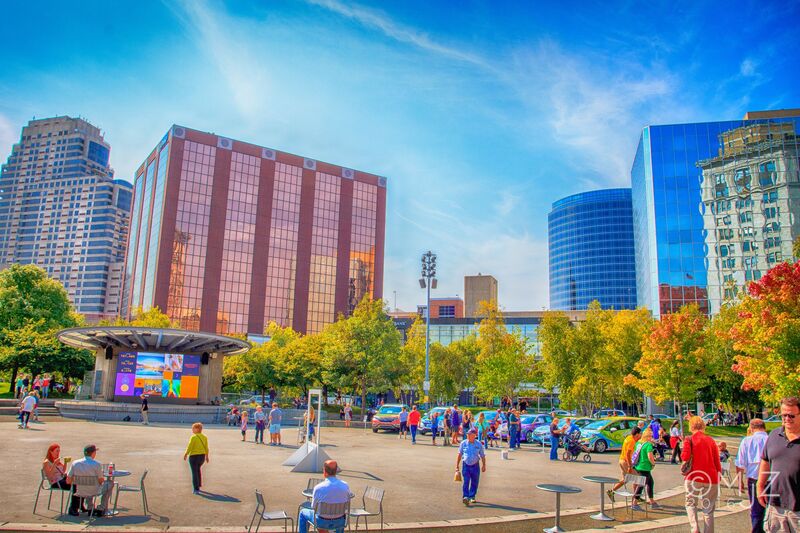 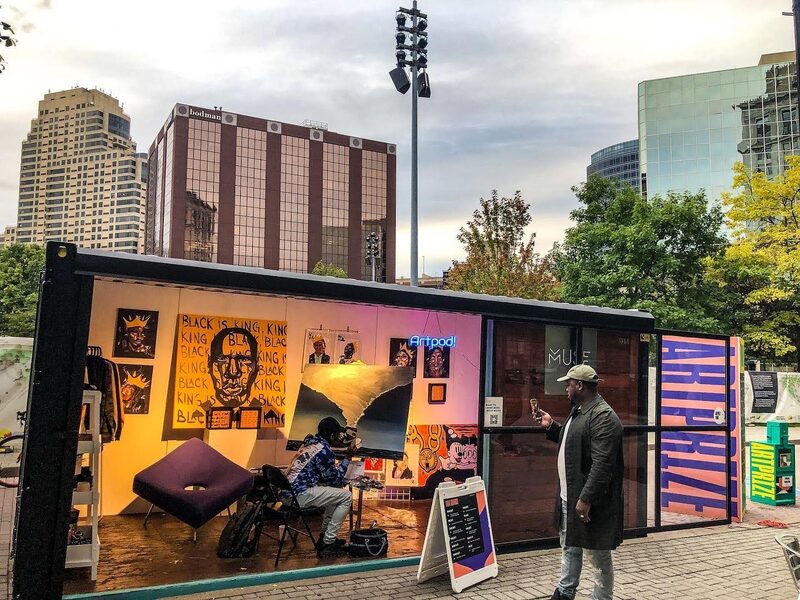 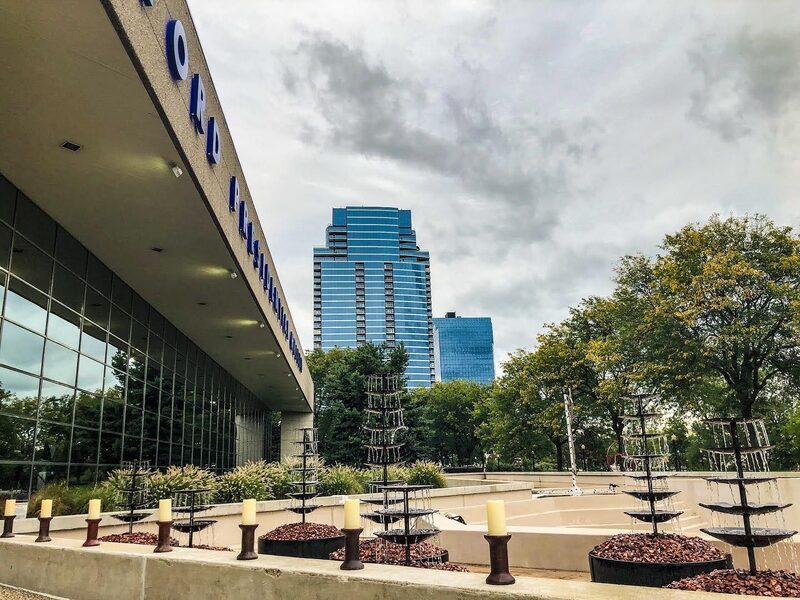 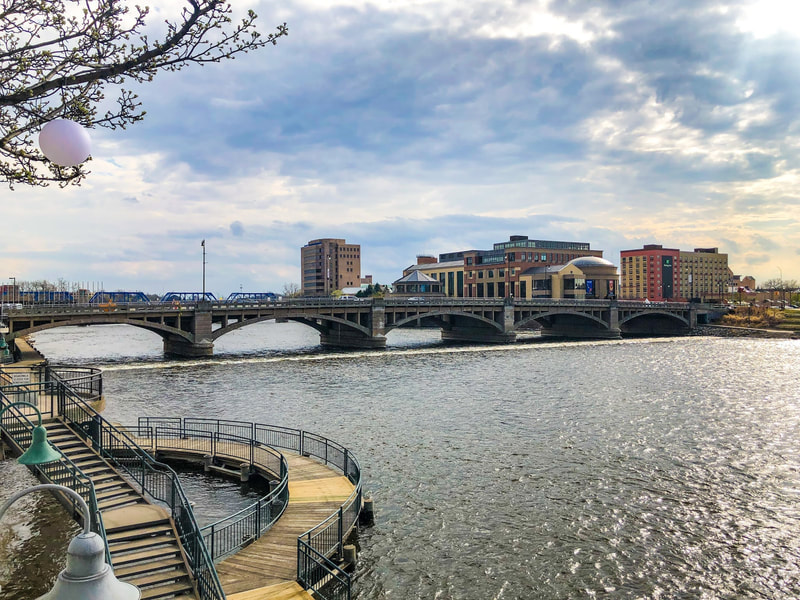 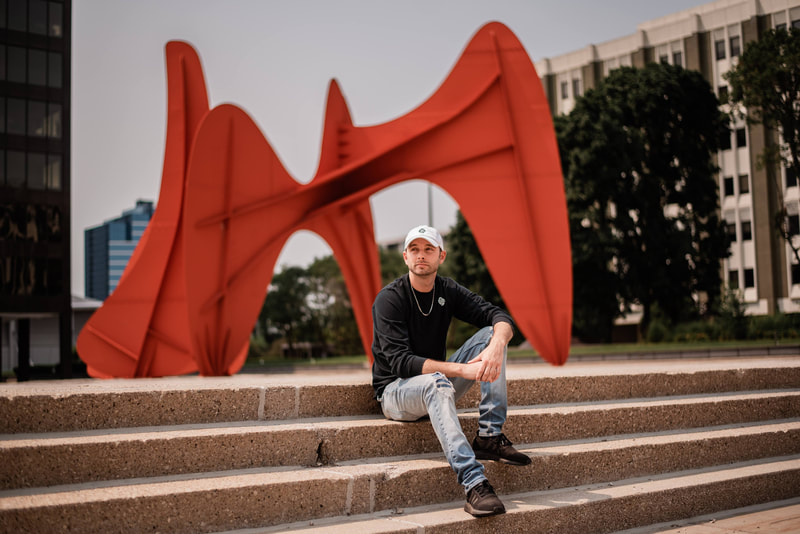 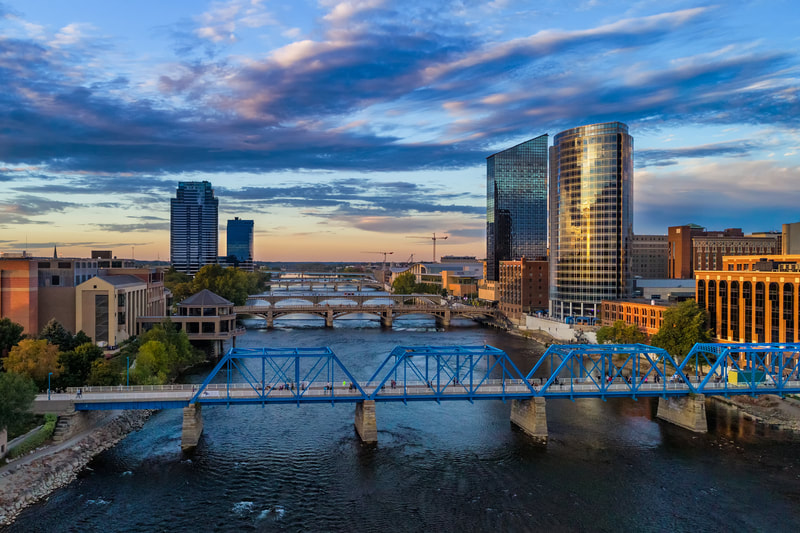 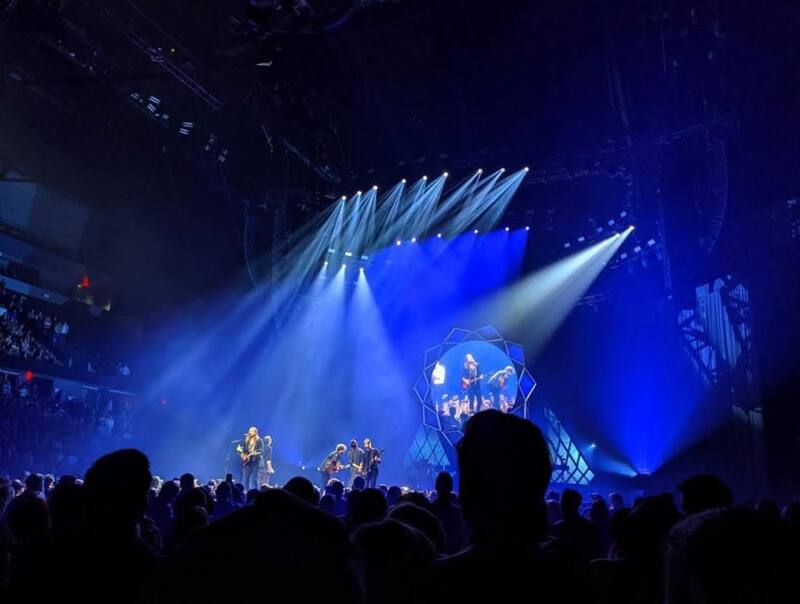 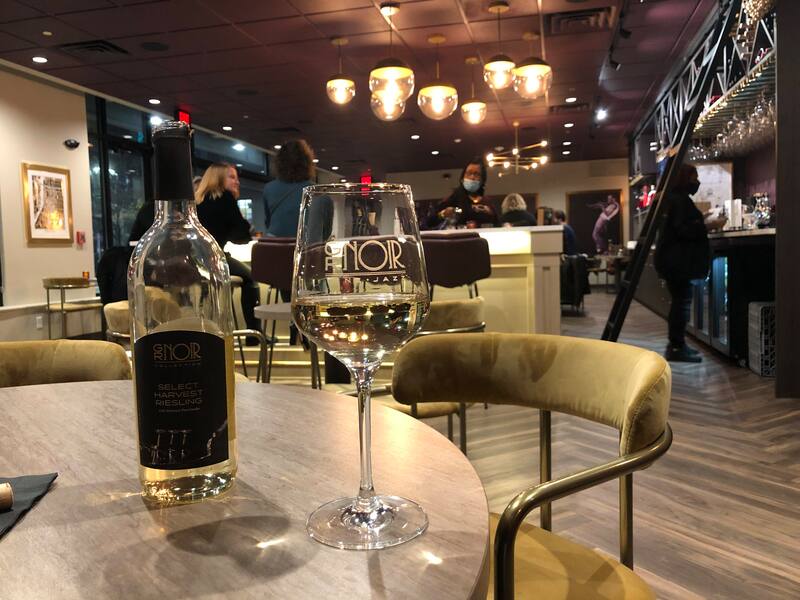 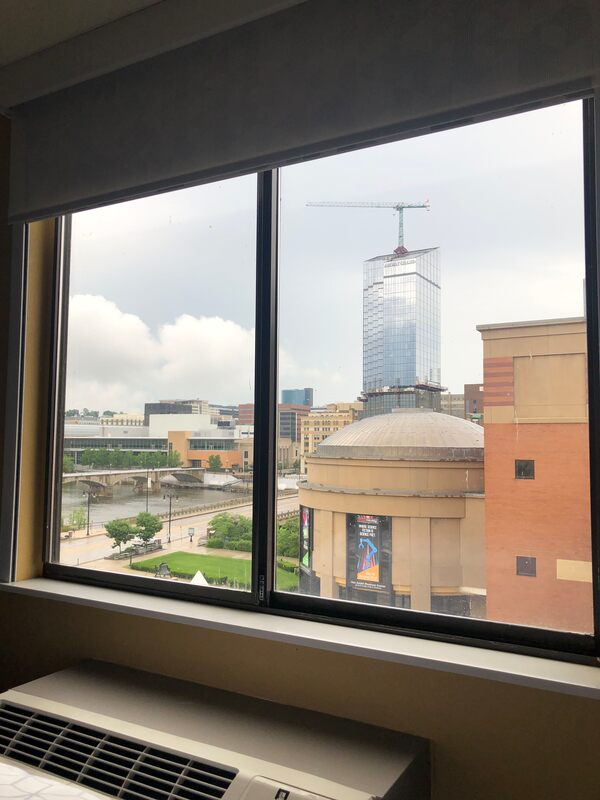 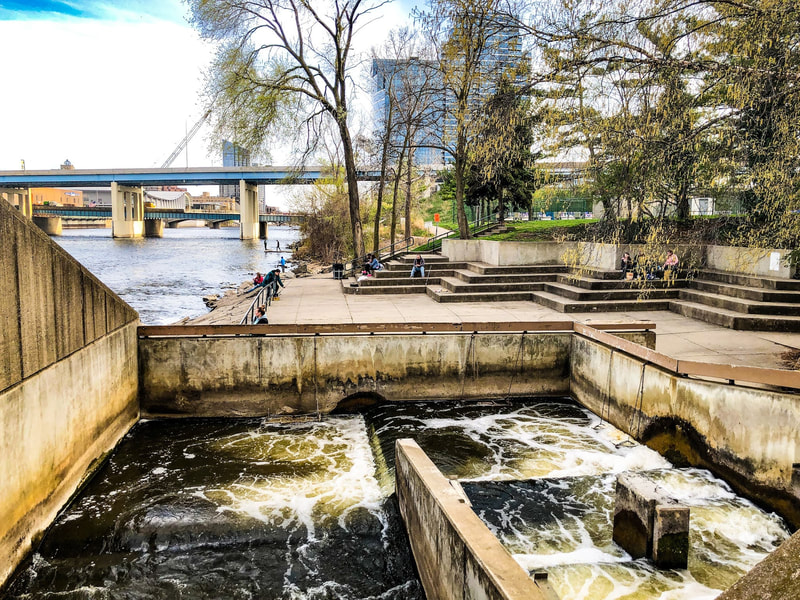 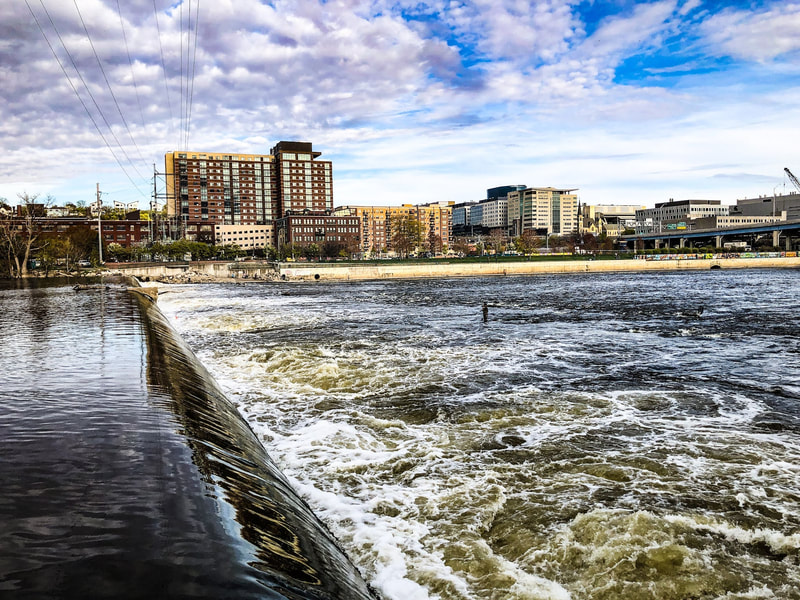 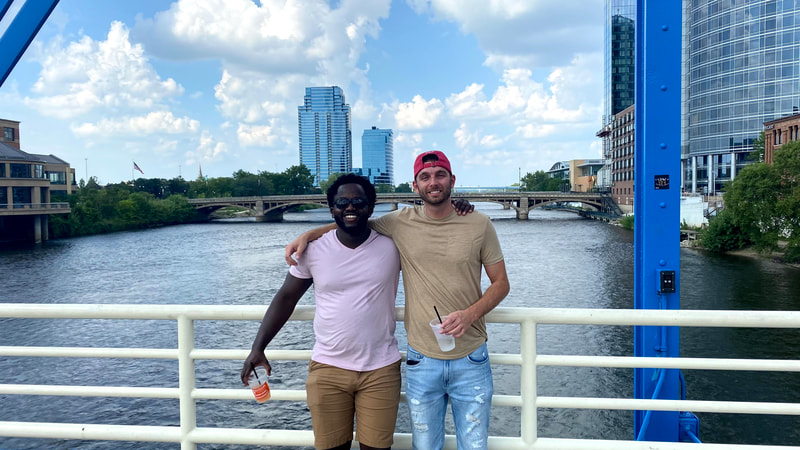 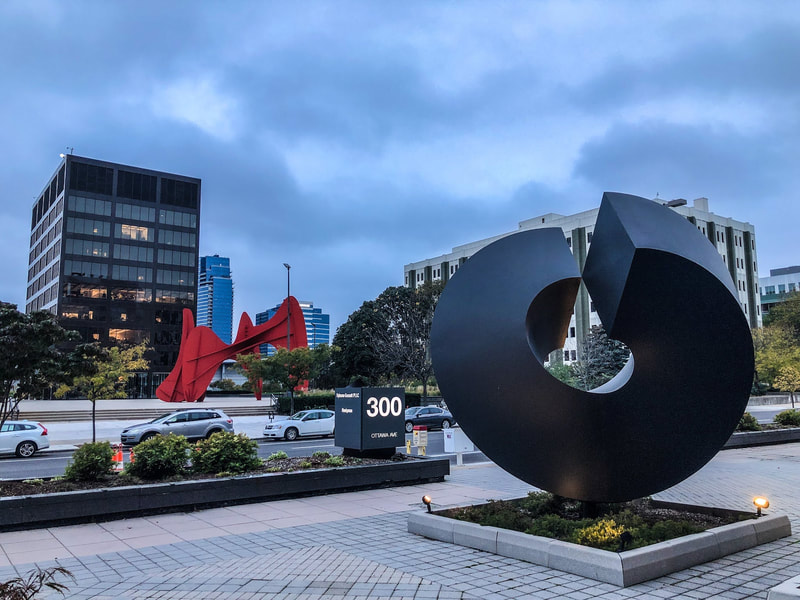 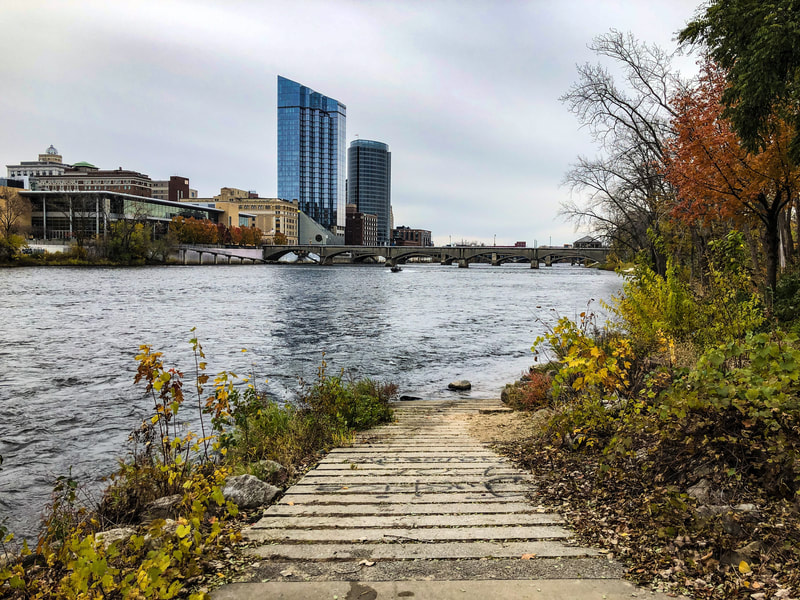 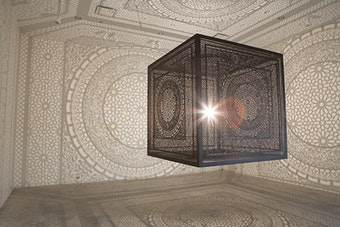